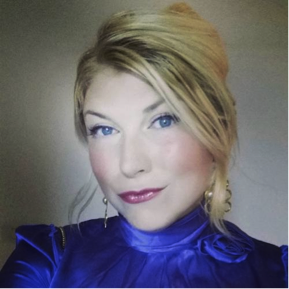 Christina spent the first 13 years of her career in politics building the unprecedented coalitions to win on the DREAM Act, healthcare and higher education access, expanding workforce development programs, and women’s health issues. Winner of the prestigious POLLY award at just 27 from her work at Planned Parenthood Federation of America, Christina then became one of the youngest Executive Directors in US national politics organizing her generation from the Capitol to the Whitehouse to the streetcorner. In 2014, she transitioned into Impact Investing and began working with those same frontline communities to build sustainable solutions as a core part of their strategies organizing for justice from Baltimore to Standing Rock.

She currently is helping lead Solve at MIT’s inaugural work with the Oceti Sakowin to build sovereign energy, food, and water systems and launching, VIGILINT Ventures, a first of it’s kind Investment Fund that grows visionary alternatives to the Criminal Justice system.

Christina is a featured speaker and presenter from conferences to classrooms and is the Founding Chair of the NEXUS Network’s Working Group Toward Equal Justice, where she works with their 4,000 global network of young philanthropists, impact investors, and social entrepreneurs to align their full breadth of Capital—social, political, and economic/business and investments— toward Equal Justice.

Christina is from Syracuse thru and thru and is a classicly trained vocalist who has traveled the world as a performer. In 2014, she began directing, most recently with the US Premiere of Apple itune’s first issue based album for the People’s Climate March, The album HOME, featuring NE-YO, Common, Elle Varner, and produced by 6 time Grammy Award winner Malik Yusef. Her debut album drops in 2019.