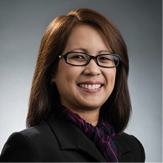 Magnolia is a licensed attorney in the Republic of the Philippines and the State of Colorado. She worked for the “Big 4” as a tax attorney for more than sixteen years.   Magnolia started her career in Ernst & Young (EY) Philippines where she represented the firm’s clients before the Philippine Court of Tax Appeals, Bureau of Internal Revenue, and the Philippine Securities and Exchange Commission. She was also a law professor in top universities in the Philippines including her Alma Mater, the University of the Philippines, where she was one of the youngest faculty members ever appointed.