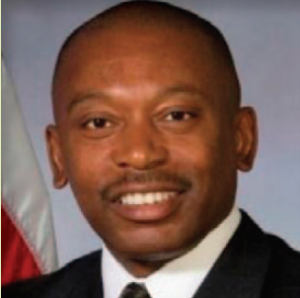 Mr. Victor S. Gavin currently serves as the Head of Business Development and Tech Vision for the Federal Sector of Amazon Web Services.  In his role he is responsible for business development across the $2.5B US Federal Sector of AWS. In this role he serves as the Executive interface to many Federal Agency CIO’s and other Senior Leaders and assists these agencies in modernizing their IT infrastructure via the adoption of cloud technology. Additionally he advises on the AWS capability roadmaps as required by these customers.

Prior to this role Mr. Gavin spent 37 years as a Civil Servant for the US Navy,  culminating as the Deputy Assistant Secretary of the Navy for Command, Control, Communications, Computers, Intelligence, Information Operations and Space (DASN C4I/IO/Space) on the staff of the Assistant Secretary of the Navy for Research, Development and Acquisition (ASN RDA). As DASN C4I/IO/Space, he was the principal Department of the Navy (DON) advisor for the acquisition of C4I systems, enterprise information technology (IT), business systems, and space systems, as well as cybersecurity and spectrum management. DASN C4I/IO/Space provides acquisition program guidance and oversight to Program Executive Officers (PEOs) for C4I, Space and Enterprise Information Systems (EIS) and their associated Program Managers for assigned portfolio programs.

Mr. Gavin other executive rolls included serving as PEO EIS and managed the DON’s portfolio of IT projects and programs designed to enable common business processes and provide standard IT capabilities to the Navy and Marine Corps. Other Senior Executive Service leadership positions since appointment in 2007 include: Deputy PEO EIS; Deputy PEO for Littoral and Mine Warfare where he executed the Navy’s acquisition programs for Mine Warfare, Unmanned Maritime Vehicles, Explosive Ordnance Disposal, Naval Special Warfare, Maritime Surveillance, and the Mission Modules for the Littoral Combat Ship; and Technical Director for PEO Submarines where he was responsible for submarine combat systems acquisition, research and development, and the modernization of all in-service submarines and support of foreign sales to the Royal Australian and Brazilian Navies.

Mr. Gavin has been married to Ramona Gerald Gavin for 27 years. They have two children, Kristin (26) and Samuel (22).