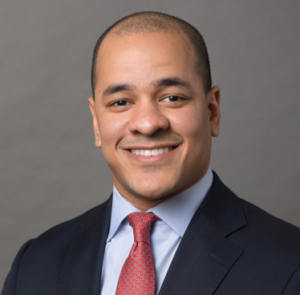 Triston is a first-generation college student from Jamaica, Queens, NYC.

He currently serves as a consultant in the Boston Consulting Group’s Singapore office.  Prior to BCG, Triston received his M.B.A. from Harvard Business School where he served as the Student Body President and graduated with second year academic honours (top 20% of class).

While at HBS, Triston also worked as a Research Associate for HBS’ Head of Research to design a second year MBA course called “Crafting Your Life.”  40 second year MBAs at HBS enrolled in this course in their Fall 2019 semester.

Prior to HBS, Triston served as an Associate on Morgan Stanley’s Multicultural Client Strategy Team, where he assisted a Vice Chairman, Managing Director and Senior Client Advisor in strengthening relationships with Asian, Black and Hispanic clients across all of the Firm’s revenue generating divisions.  Prior to joining this team, Triston worked within Investment Banking and Sales & Trading.

Triston holds a Bachelor of Science with concentrations in Finance, Legal Studies and Business Ethics from the University of Pennsylvania’s Wharton School of Business. While at Penn, he served as President of both the Black Wharton Undergraduate Association as well as the African-American Senior Honor Society.  He also served as a college house resident advisor, as a writing tutor and as a public speaking coach.  Triston was one of four students in his Penn class of approximately 2,500 to be recognized at graduation by the University President for having positively impacted Penn’s campus.

He remained actively involved in Penn’s alumni community, serving as the Recruiting Director for Penn’s Virtual Alumni Interview Program as well as the Interview Chair for Northeastern Prep Schools where he managed a 200+ alumni team that interviewed 1,250 students+ high school applicants to Penn.

He is also active with two nonprofit organizations, Management Leadership for Tomorrow (MLT) and Sponsorship for Educational Opportunity (SEO), which enable underrepresented minorities to maximize their professional success, positioning them to meaningfully give back and serve their communities.