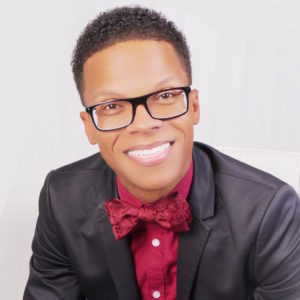 Terrell’s passion for combining his strong research skills with his impressive leadership experience to position colleges and schools to help all students succeed is what drives his commitment to engaged scholarship. It’s also the strategy that drives the engine of his consulting practice. As President and CEO of Do Good Work Educational Consulting, LLC, Dr. Strayhorn clientele includes hundreds of campuses, school districts, agencies, and companies each year.

A leading voice for student advocacy, Professor Strayhorn is a highly-prolific, internationally-recognized scholar. To date, he has authored over 10 books including College Students’ Sense of Belonging: A Key to Educational Success for All Students (Routledge), which received a citation award and moved to 2nd edition in 2019. Other scholarly publications include over 100 refereed journal articles, book chapters, and scientific reports. An interdisciplinary scholar whose work transgresses traditional disciplinary boundaries, Strayhorn research has been published in top-tier journals including The Journal of Higher Education,Review of Higher Education, Journal of College Student Development, Educational Researcher, Urban Education, and the Journal of Veterinary Medical Education, to name a few.

Dr. Strayhorn has more than 15 years of experience as an educator at multiple levels. Early on, Strayhorn worked as a public school teacher at John Eager Howard Elementary School in Prince George’s County Maryland. After graduate school, he worked as a Research Associate at the Council of Graduate Schools and The Helix Group, a public health consulting agency. In higher education, Strayhorn has served on the faculty at the University of Tennessee, Knoxville (UTK), The Ohio State University (OSU), and LeMoyne-Owen College (LOC). He has proven success as an academic leader, serving as UTK Special Assistant to the Provost (2008-2010), OSU College Diversity Officer and Center Director (2012-2017), and LOC Vice President for Academic & Student Affairs (2018-2019).

Strayhorn earned a PhD in higher education from Virginia Tech, a masters degree in education policy from the University of Virginia (UVA), and a bachelors in music/religious studies from UVA. He earned a certificate in Project Management and is currently pursuing a degree in Biblical Studies from Fuller Theological Seminary. He serves on several national advisory boards including the Melvin C. Terrell Education Foundation. Brother Strayhorn is a proud member of Alpha Phi Alpha Fraternity, Incorporated and other national honor societies.