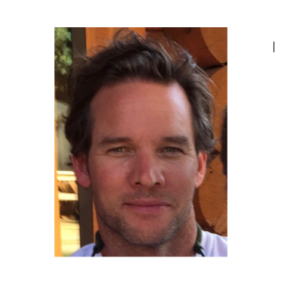 Educational Values/Philosophy: Crisp has a firm belief that being a leader means helping to develop leaders. Crisp has a deep passion for teaching and is a constant reader, researcher, and action oriented principal with an attraction to school innovation. Crisp is committed to creating new and different ways for students to be engaged learners and leaders. Crisp models effective teaching and learning methods and risk-taking, which provides a foundation for a healthy school culture.  Crisp has developed a school culture that has a foundation in sharing instructional practice and having open and authentic conversations that lead to action. Crisp has a laser-like focus on building a healthy and enthusiastic school culture for both faculty and students that supports sharing, experimentation, and reflection. As a result, Crisp has built a safe risk taking environment at Jackson Hole High School resulting in a healthy, creative faculty climate willing to do what it takes to meet the needs of our students, while also demonstrating a heightened peer to peer accountability.

Achievements: Crisp has led Jackson Hole High School to several student achievement accomplishments which include: the Blue Ribbon Award for “High Performing High School” by the US Department of Education in 2013; being ranked the #1 high school in Wyoming by US News in 2013, 2014, and 2016; and having some of the highest graduation rates in state of Wyoming,  2012 – 85.3%, 2013 – 92.5%, 2014 – 98.5%, 2015 -98.4%, and in 2016 – 97.6%. In Wyoming, all public high schools are rated on an annual state accountability system which reviews graduation rates, overall student achievement, student growth by historically low performing students, and college readiness levels. For the past four consecutive years, Crisp has lead Jackson Hole High School  in “meeting” and “exceeding” annual state accountability expectations. Crisp has led Jackson Hole High School to be identified as top 5% performing high school in America by US News and World Report due to Advanced Placement (AP) student participation (all levels of students) resulting in Silver Medal school status. Significant grant awards include: National Science Foundation, Wyoming Department of Education Innovation Grant for Interdisciplinary Projects and Wyoming Department of Education Digital Fabrication Lab, and the Career Technical Education Demonstration Grant.

Leadership Experience: School culture is a key focus for Crisp,. He is present in classrooms 70% of the day, providing targeted feedback, with supporting evidence, to inform the classroom teaching process. His leadership continues to build a culture of  de-privatization of instruction in which all faculty share, observe, and gather evidence around teaching practices and student learning. Crisp is an accessible school leader, present in classrooms, hallways, common areas, leading meetings, and always actively engaged. Crisp is a hands on principal, consistently modeling, discussing, and living excellent teaching strategies.

Crisp, along with a dedicated teacher team, developed and implemented a digital fabrication lab “maker space” in order to complement existing STEM programming and increased student participation in STEM learning experiences. Also, with the support of his faculty, Crisp led the implementation of a 1:1 computer device program coupled with a Learning Management System/Canvas to support students in access content, regardless of socioeconomic background, while laying the foundation for Jackson Hole High School’s blended learning program.