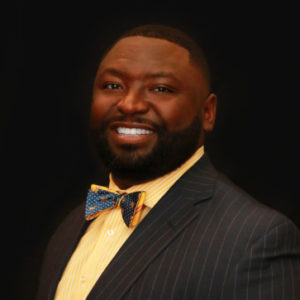 Dr. Ryan E. Ross is a sought after speaker, educator, leadership coach, and servant leader committed to equity and inclusion, educational access, and the development of leaders.

Ryan’s professional, community, and social contributions have afforded the opportunity to be coined “Denver’s role Model for Inclusiveness, as well as land him recognitions such as:

· Being named as an African American who make a difference by the Denver Urban Spectrum,

· Receiving the 2013 MLK Humanitarian award from

· Being named as one of Colorado’s top five most influential young professionals by COBIZ magazine, and

· Being recognized as the 2016 Colorado 9 News leader of the year.

Ryan’s passion for community, leadership, and education is directly related to his experiences growing up and desire to pay it forward to the community that afforded him many opportunities. Ryan’s innovative work can be witnessed through his leadership in programs such as the Kappa League Leadership development program, the Urban Male Initiative, the Urban Leadership Foundation of Colorado, and in collaboration with many community partners such as Denver Public Schools, the Ethnic College Counseling Center, Gilliam Youth Services, Jack and Jill of America Denver Chapter, Colorado Beautillion Inc., and the Center for Multicultural Excellence centers at the University of Denver and Colorado State University to name a few.

Professionally, Ryan serves as the Associate Vice Chancellor for Student Affairs, Equity, and Inclusion for the Colorado Community College System, owns a boutique speaking and consulting firm called Stirred UP Enterprises, and serves as the President of the Urban Leadership Foundation of Colorado. In the community you will find him serving organizations such as the Denver Botanic Gardens, Kappa Alpha Psi Fraternity Inc., and the National Western Denver Scholarship Advisory Board.

Dr. Ryan E. Ross continues to live by his own words…“Achievement waits ahead so never look back besides why settle on being Good when we are designed to great!”