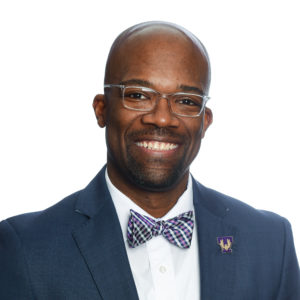 Robert Owens served for five years as Tennessee Tech University’s Minority Affairs Director (2006 to 2011). After a call (March 1 – August 12, 2011) to serve as Associate Pastor of Church on the Hill in Algood, TN, Owens reassumed the role of Minority Affairs Director at TTU in August of 2012. He served in that capacity until being appointed Assistant Vice President of Student Affairs in July of 2014. His primary focus in this role was Access and Diversity.

His work in Access and Diversity at TTU has included assistance in the formation of diversity committees within the academic colleges and support in the development of the colleges’ diversity plans; providing diversity and inclusion training sessions for students; and, coordination of diversity and inclusion training for campus employees in various areas. He also continues to coordinate the diversity scholarship fundraising efforts on campus. Most recently, Owens was appointed Interim Vice President of Student Affairs at TTU. His work in the community includes serving as Pastor of Kainos Church, a multi-ethnic church situated in the heart of Cookeville, TN. He also serves on the boards of various local-area organizations, including IMPACT Cookeville and IMPACT Leadership, both non-profit organizations centered around increasing and promoting diversity, inclusion, and equity.