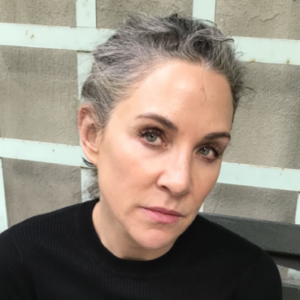 Molly Logan, the founder and CEO of Irregular Hours, is one of the foremost Gen Z experts with more than a decade of cultural consulting focused on girl and gender nonconforming Gen Zs (ages 13-23). In 2018, Molly founded Irregular Labs, a Gen Z-owned learning network and innovation lab that builds, manages, and activates a global network of micro-communities for clients, such as Nike, Google, Gucci, Target, XQ Super Schools, and MAC Cosmetics, to connect and create with Gen Z’s. Prior to that, Molly creative directed and produced one of the most successful Kickstarter campaigns at the time—raising over $130K in one week by enlisting the help of notable female activists such as Sia, Yoko Ono, and Gloria Steinem—to found School of Doodle, a non-profit that uses creativity to build confidence in teen girls. School of Doodle raised a seed round of $2.5M and grew from 500 to 32,000 active users within two months of launch.

Molly was the founder of both FRED & Associates, a creative agency helping to launch the careers of some of today’s top artists, and FREDThinks, a cultural consultancy and studio, that consulted for brands such as the Sundance Institute and Film Festival, Airbnb, FIAT, (RED), and Sephora, while also developing and producing first-of-their-kind events, including Doug Aitken’s public art project, Station to Station (for which she also raised $10M) and WIRED’s WxD Design Conference. Molly began her career as a curatorial assistant at the Metropolitan Museum of Art while pursuing her PhD in the History of Photography from Columbia University.