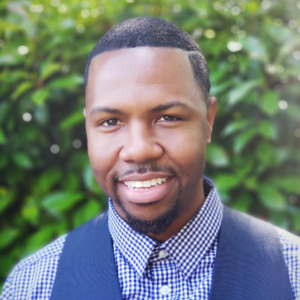 Marlon Henderson, Chief Executive Officer & Co-Founder (Sharemeister, Inc.), An American entrepreneur, family man, philanthropist, business advisor, and public speaker. Sharemeister Inc., a Tech Company that helps build communities. By changing the paradigm, Sharemeister works to solve global challenges by focusing on better communication between local communities and organizations. This is solved through Sharemeister’s proprietary “Distributed Matrix Software” (DMS). After meeting with numerous groups complaining about the lack of resources, they realized that the problem was really a lack of good communication. Currently, he is working with the United Nations and the U.N Sustainable Development Goals. Started his business career over 18 years ago in Direct Sales while attending college full time, and playing basketball at Harding University then transferring to Arkansas State University. He grew up in Jonesboro, Arkansas, a product of the Delta region one of the poorest regions of the United States. As a young man he became very interested in the Delta, and at just 16 years old, he was invited to the White House by President Clinton to speak on the lack of opportunities in the Delta Region. During this event, Marlon worked closely with President Clinton and then United States Secretary of Transportation, Rodney Slater (mentor). The team along with others had brainstorming sessions setting in place plans for economic and educational improvements in the rural Delta. Henderson has participates in several organizations that hosts conferences and events for young entrepreneurs, celebrities, artists and activist like. He has worked with many organizations, and public officials from across the nation including media, political, educational, technological, and marketing executives.