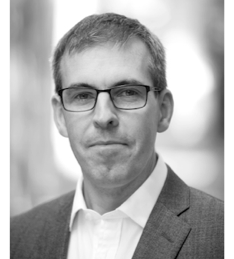 Dr. Mark Jones is Co-Founder and Managing Director of OneHE, a global network for educators with a passion for learning and teaching in higher education (www.onehe.org). OneHE seeks to build on the shared wisdom, experience and passion of educators to drive impact and innovation in learning and teaching – championing the value of educators, funding new ideas and acting as a force for social good.

Mark began his career teaching History at the University of York before joining the University of Hull to work with the BBC on a major digital curriculum initiative. This led to a series of leadership roles in organisations that used new technology to transform public services working with government departments. Mark served as the first Managing Director of Broadband Capital, a public-private venture that used internet-enabled TV and smartphones to deliver education and health services. Thereafter Mark joined healthcare charity Compass as Director of Business Development, expanding the charity’s work into support for vulnerable young people, before leading the government services work of global satellite operator Solaris Mobile on bridging the digital divide.

Immediately prior to founding OneHE, Mark was Chief Operating Officer of the UK’s Higher Education Academy (HEA), a charity that works with universities to promote excellence in teaching. Mark led the HEA’s transition from a fully grant-funded organisation to self-sustainability over a four-year period and grew the HEA’s Fellowship programme, which recognises the teaching quality of individual educators, from 30,000 in the UK to over 100,000 internationally. Mark left HEA in July 2018 to co-found OneHE.