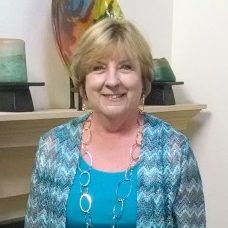 Maria Sudduth strongly believes in the promise of public education as the vehicle for equitable opportunities in the 21st Century. She is an educator with 22 years of experience, primarily working with underserved populations. Her areas of expertise are bilingual education, linguistically and culturally responsive pedagogy, and professional development using the Focused Inquiry Model.

As an elementary bilingual teacher, Mrs. Sudduth’s own turning point in her pedagogical philosophy was her Master’s Thesis “The Harry Potter Project”. In this focused study, Mrs. Sudduth worked with emergent bilingual children at the intermediate level of English language proficiency, third through fifth grade. Using targeted learning strategies through story discussion, students actively engaged in reading The Chamber of Secrets (the second book in the Harry Potter Series by J.K. Rowling). The most important outcome of the project was that the participating students in this project felt empowered as self-motivated readers of quality literature. Students also demonstrated marked gains in reading achievement measures, across a wide range of data points.

This experience shaped the next direction of Mrs. Sudduth’s journey as an educator. She joined the Bilingual Faculty at California State University, Chico in 2003. Over the next several years, Mrs. Sudduth taught the next generation of bilingual educators, trusting that her belief in their highest potential would inspire that same belief in their own students. Mrs. Sudduth also served as Co-Director of the Teacher Diversity Program, whose mission was to provide financial and educational support for first generation college students interested in becoming teachers. Mrs. Sudduth consistently partnered with local schools, providing professional development focused on linguistically and culturally responsive pedagogy.

The next transcending experience in Mrs. Sudduth’s professional journey was meeting Dr. Yvette Jackson at the California Association of Bilingual Educators’ conference in 2011. Dr. Jackson’s keynote address spoke to the power in focusing on children’s strengths, inspiring high intellectual performance through high operational practices. Mrs. Sudduth took the Pedagogy of Confidence® back to the University, beginning a book study with her colleagues. This extended interest translated into a professional relationship between the University and Dr. Jackson. Dr. Jackson has presented twice to University Faculty and Local Education Agencies. Personally, this experience inspired Mrs. Sudduth to increase her own knowledge about The National Urban Alliance for Effective Education and their work. This has led to a new page in her journey as an educator, working with an organization that inspires one’s own personal best.