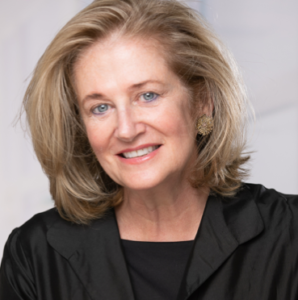 Kristin A. Mannion founded Aura Leadership and Development in 2019, a company focused on identifying, recruiting and developing executive talent. Kristin’s career has included executive roles in the private, corporate and public sectors. Over the most recent 15 years, as a Vice Chair at Korn Ferry, she recruited hundreds of executives to Board and CEO roles. She serves as a strategic advisor to CEOs and Boards on leadership and governance issues, with a special focus around diversity, gender equity and inclusion.

Before joining Korn Ferry in 2004, she was C.E.O. of Aura Associates, a company she founded to advise corporations and organizations on positioning and marketing strategies. Earlier, and over a decade on Wall Street, she built and led PaineWebber’s Government Relations and Public Affairs Department. There she managed the firm’s public policy agenda, federal and state legislative issues, corporate giving and foundation activities, and the political action committee.

Prior to Wall Street, Ms. Mannion served in the New York State Executive Chamber as Director of Governor Mario Cuomo’s New York City office. She served as Appointments Officer where she placed cabinet level commissioners, secretaries, and directors across agencies, departments, and Boards of New York State. In her earlier career, Kristin held Account Manager roles in Mass Marketing International and was a financial underwriter and marketing representative for Aetna Life and Casualty.

Kristin has served on numerous nonprofit and private corporate advisory Boards. She resides in Washington DC with her husband, an international consultant, H.P Goldfield, and is the happy mother of their college aged twins. In addition to serving as an advisor to corporate and nonprofit institutional CEOs, she has advised political candidates, served in a presidential transition committee, and is a frequent speaker on gender, diversity, leadership and talent development.