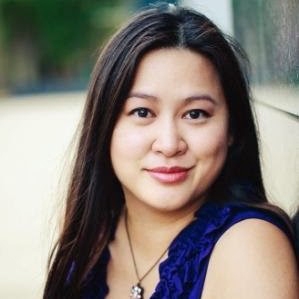 Janet Tran serves as the Director of Learning and Leadership for the Ronald Reagan Presidential Foundation and Institute. She joined the Foundation in 2010 to help craft and design the Foundation’s non-partisan civic learning portfolio to answer President Reagan’s call for an “informed patriotism”. With the goal of cultivating the next generation of citizen leaders, the Reagan Foundation Education team delivers award winning simulations, teacher curriculum, student programming, and over one million dollars in scholarships annually.

In 2015, she helped establish the Reagan Institute offices in Washington, D.C. with the launch of Leadership and the American Presidency (LTAP), an experiential leadership program for university students through the lens of the American Presidency. Students spend a semester in Washington, D.C. interning, learning, and growing as citizen leaders. Most recently, Janet led a team that launched the inaugural Reagan Institute Summit on Education (RISE) at the 35th anniversary of the seminal report, A Nation at Risk. The RISE initiative brought cross-sector leaders together to examine and elevate the national conversation around education in America.

Janet’s civic mission began prior to her work at the Reagan Foundation, serving as a Social Studies and English teacher in South Central Los Angeles. Janet earned her BA from The University of California, Los Angeles, and her Masters of Education in Curriculum and Instruction at California State University. She is currently a doctoral student of Education Learning Technologies at Pepperdine University.