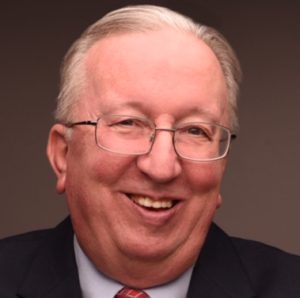 Greg Darnieder is a NPSI Partner and began his career in education as a middle grades teacher in St. Louis and Riverdale MD. He has a BA in Sociology, a K-8 teaching certificate from St. Louis University and a MA in Christian Education from Wheaton College. He worked for 15 years as the executive director of youth development and college access organizations in Chicago’s Cabrini Green Housing Development. Beginning in 1993, he oversaw the Steans Family Foundation’s community focused philanthropic efforts in Chicago’s North Lawndale community including early childhood, education, organizational development and affordable housing. He has served in leadership roles for several foundations and served on over twenty non-profit organization boards.

In 2003, Greg established the Department of Postsecondary Education and Student Development (DPSESD) at Chicago Public Schools (CPS), designing and implementing an assortment of postsecondary, academic, financial, and social support programs and building university, corporate and civic partnerships to enhance college access. In 2008, he was named the director of the Department of College and Career Preparation (DCCP) for CPS, a newly formed department that consists of the DPSESD and the Department of Career and Technical Education. He was also recognized as Executive of the Year in the City of Chicago in 2008.

In 2016, he returned to Chicago where he serves as senior advisor at the Steans Family Foundation to its comprehensive community investment strategies in the North Lawndale community. In addition, he established College and Career Strategic Directions, LLC providing consulting services across the country to school districts, foundations, and non-profits focused on college and career strategies.

His youth work for fifteen years in the former Cabrini-Green Housing Development has been captured in ‘You Can’t Be What You Can’t See – the Extraordinary Power of Opportunity to Change Young Lives’. Milbrey McLaughlin, lead author recently commented, ‘that unconditionally positive accounts such as CYCLE are extremely rare in social science.’