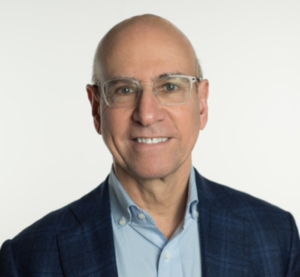 George Hornig is an accomplished senior operating executive, Director, advisor and venture investor whose career has focused on financial services (asset management including alternative investments, ETF and mutual funds, investment banking, insurance and fin-tech) but also spanned industries as diverse as health care, manufacturing, consumer products, outsourcing of business services, social media, cybersecurity, augmented reality, and e-waste management. In addition to his role in leading established businesses, George is an experienced public and private company Board Chairman, Director (including Audit and Compensation Committees), and a significant investor and adviser to entrepreneur founders of many early stage firms.

George is currently Chairman of Xometry (XMTR) a rapidly growing technology platform for on demand manufacturing of industrial parts where he was an angel investor in 2013, and helped take the company public in June 2021 (currently valued at over $3B). He is Co-Chairman of Healthwell Acquisition Corp, a SPAC seeking a merger partner in healthcare and a Director of Vaxxinity (VAXX) a vaccine development biotech. He also is Managing Partner and Co-Founder of The Seed Lab L.P., an early-stage venture fund.

From 2010-2016, George was Senior Managing Director and Global COO of PineBridge Investments, an asset manager with AUM over $95 billion. George led the restructuring of the operations of this former division of AIG Insurance, including reducing annualized company expenses by more than $60 million. He also implemented entirely new systems for technology, operations and risk, as well as financial reporting, fund accounting and salesforce management.

From 1997-2018, George served as Audit Committee Chairman of the Board of Forrester Research (publicly held tech research company). From 2017-2020 George was Chairman of KBL Merger Corp. IV (SPAC which merged with 180 Life Sciences (ATNF) in 2020). He was also a Director of KBL Healthcare (SPAC which purchased Concord Health in 1994 and sold it to MultiCare for $114m in 1996), Director of Unity Mutual Life (mutual insurer merged with Columbian Mutual in 2012), Director of Veridian Group (publicly held aerospace contractor sold to General Dynamics in 2003 for $1.5 billion), a founding investor and Director of OfficeTiger (outsourced business services sold to RR Donnelley in 2006 for $250m), a founding investor and Chairman of Daily Candy (social media platform sold to Comcast in 2008 for $125m), a founding investor of CloudBlue (e-waste management company sold to Ingram Micro in 2013 for $45m) and a Director of Merchants Preferred (lease purchase finance company sold to Rent-A-Center in 2019 for $47.5m).