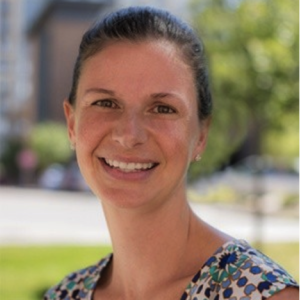 Erin Ulric currently serves as the Implementation Director for the Colorado Blueprint to End Hunger. In this role, she is responsible for implementation of a five-year plan to end hunger in Colorado. Previously, Erin worked at the Colorado Department of Public Health and Environment leading the Prevention Services Division (PSD), which housed the majority of non-communicable disease prevention programs for the department. Erin also served as the Nutrition Services Branch Chief and then as the Deputy Director for PSD. Prior to state government, Erin worked as an actuarial analyst for a large insurance company and then in international public health for nearly a decade managing programs in a variety of technical areas. She speaks three languages and has lived and/or worked in eight countries. Erin received her Bachelors in Mathematics and Economics from Boston University and her Masters of Public Health from the Mailman School of Public Health at Columbia University.