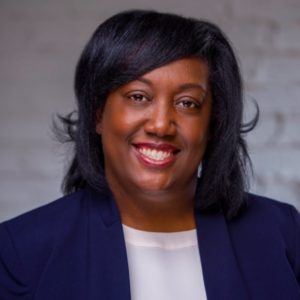 Erica Webber Jones is the President- Elect of the Mississippi Association of Educators. A dynamic scholar, transformative leader and forward-thinking visionary, Jones is committed to building upon MAE’s strong and historic legacy, while advancing its mission to new levels of excellence. Her focus is on strengthening the teaching profession, growing and engaging membership, increasing the organization’s presence, and better equipping educators with skills and resources that will allow them to compete in the globalized 21st century educational setting.

Previously, Jones served as an Instructional Coach and teacher for the Hinds County School District for four years. While there, she improved her students passage rate on District Level assessments and saw growth in her pupils academically. Because of her effective instructional practices, she was named Teacher of the Year for Gary Road Elementary. However, it did not take higher ups long to notice her superb performance in the classroom. She was named District Teacher of the Year for the Hinds County School District and her class became a model classroom for teachers to visit.

In 2018, she was also selected by The NEA Foundation to serve as a Global Fellow Educator. She will travel this summer to South Africa to share educational experiences in the United States. Jones has served as a local President for the Jackson Association of Educators. She has been an advocate for educators in Mississippi for eighteen years. She has served her state leadership of MAE as a National Education Director for Mississippi and State Secretary-Treasurer for the past 6 years. In addition, she serves as a Praxis Trainer and has helped to place dozens of teachers in Mississippi classrooms.

A native of Houston, MS, Jones earned a bachelor’s and master’s degree in Elementary Education from Jackson State University. She also holds certification in English (7-12), Math (7-12), and Library Media.

Jones holds membership in several professional organizations, including the Mississippi Association and the National Association of Educators, The Byram-Terry JSU Alumni Association, Byram-Terry Junior Auxiliary, and Delta Sigma Theta Sorority, Inc. In her leisure time, Jones enjoys college sports, reading and traveling. She is married to Arthur Jones and is the proud mother of two children: Nicholas and Kenley Grace.