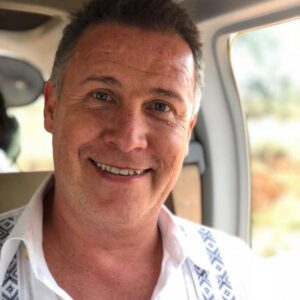 Eduardo Arnal is the President & CEO of Arnal Consulting LLC (www.arnalconsulting.com) since its foundation in April 2016.

Mr. Arnal has a vast experience in the public sector. Throughout his political and diplomatic career, he has held different postings that have given a comprehensive knowledge of Mexican institutions. During the decade of the 90’s he was Executive Secretary to the Mayor of Atizapan de Zaragoza, State of Mexico; Legal Parliamentary Advisor to the Commission of Governance and Constitutional Affairs at Mexico’s House of Representatives. He also served as Legal Parliamentary Advisor to the Miguel Estrada Iturbide Foundation, a Mexican legislative think tank.

Along with its domestic affairs expertise, Mr. Arnal attained a deep understanding on international affairs by participating in several seminars in Venezuela, Costa Rica, Ecuador, Colombia, the United States, and Taiwan on subjects such as: Political Management, Leadership, Electoral Campaigns, Governmental Marketing, City Administration, Law, International Relations, National Development and Public Policy, among others. In 2002, he was a participant in the National Democratic Institute’s Political Leadership Program in Washington, D.C.

From 2000 to 2003, Eduardo Arnal served as a federal congressman in the Chamber of Deputies, Mexico’s House of Representatives, in the 58th Legislature. During his tenure, he was a member of the Commission on International Relations and the Commission on Strengthening Federalism, being one of the youngest in the country.

One of his most challenging experiences was when he was named City Manager of the City of Atizapan de Zaragoza, State of Mexico in 2003, a city with 750 000 habitants and 2 500 employees (police, security forces and staff members).

Mr. Arnal is founder and CEO of “Juntos Center LLC” a project that offer a comprehensive solution services, for Mexican immigrants living in the United States of America

Mr. Arnal was born in Mexico City in July 18, 1970, holds a degree in law from the Universidad del Pedregal in Mexico City and has two children, Pamela (18) and Eduardo (14).