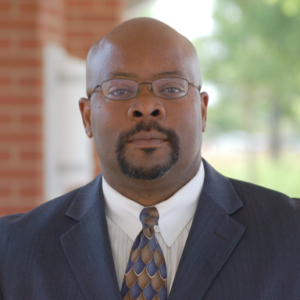 Rico Munn serves as the 16th superintendent of Aurora Public Schools. Superintendent Munn joined APS in 2013.  Since 2013, APS has experienced a 15% increase in graduation rates, a 50% decline in dropout rates, a 70% decline in expulsions and an overall increase in academic achievement, student growth and college readiness indicators.

Prior to joining APS, Mr. Munn served in a variety of leadership roles in Colorado and nationally. In 2012, he was appointed to the Board of Governors for the Colorado State University System by Governor John Hickenlooper and currently serves as Chair of that board. In 2002, he was elected to the Colorado State Board of Education where he served until 2007. In addition, he was a member of Governor Bill Ritter’s Cabinet where he served as the executive director of the Colorado Department of Higher Education from 2009-2011.  Mr. Munn also served on Governor Ritter’s Cabinet as executive director of the Colorado Department of Regulatory Agencies from 2007-2009 where he oversaw the Colorado Divisions of Civil Rights, Banking, Real Estate, Insurance, Financial Services, Securities, Professional Licensure, Public Utilities and Consumer Counsel.

Prior to his current role, Mr. Munn was a litigation partner with a national law firm for over a decade. He describes his law degree as “a graduate degree in problem solving.” As a litigator and trial attorney, Mr. Munn dealt with a wide variety of people and situations, including financing, construction, education, refugee populations and crisis management.

Mr. Munn is active in the metro Denver area’s non-profit community. He served on the board of The Denver Foundation and was a co-founder of the Denver Urban Debate League. Currently he sits on the boards of Early Milestones Colorado and the Public Education and Business Coalition.

Mr. Munn is a graduate of Midland Lutheran College (nka Midland University) in Fremont, Nebraska, where he received his B.A. in secondary education and was named Student Teacher of the Year in 1993. He received his Juris Doctorate from the University of Denver, Sturm College of Law, where he had the honor of being named a Chancellor’s Scholar.

Mr. Munn has been married to his wife Kay since 1998, and he is the proud father of two middle school students.