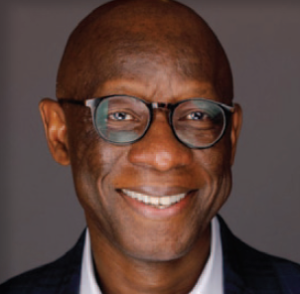 Dr. Barton’s research focuses on the development of approximate closed form solutions for linear self-adjoint systems, those that govern the responses of composite structures, and the analysis of dynamic systems. More recently, he investigated the dynamic response of flexible composite

structures subject to periodic and random excitation. He has mentored numerous midshipmen through independent research projects and has directed two Trident Scholars, the Naval Academy’s flagship research program. He has published over 60 journal and conference articles on these topics.

While at the US Naval Academy and in its 163-year history, Dr. Barton was one of only three African- Americans to obtain the rank of tenured full professor and the first to achieve this milestone in the Division of Engineering and Weapons, Division I. In 2010, he assumed the role of chairman of the mechanical engineering department, responsible for its strategic leadership and planning of its faculty, midshipmen-student body, curriculum and resources. During his time as chair, the department revived and accredited the General Engineering program and created the nuclear engineering program, the first ever offering at the academy. Dr. Barton chaired the largest department in the Division I consisting of 42 civilian and military faculty professionals, and promoted a vibrant research and academic environment in energy and propulsion, nuclear energy, structures and materials, and design.

As the founding department chair at Mason, Dr. Barton ushered growth of the department from 3 faculty and 12 students to 17 faculty and 385 undergraduate students and 6 doctoral students as of spring 2020. Under his leadership the undergraduate program received initial EAC-ABET accreditation retroactive to fall of 2015, and was reaccredited to fall 2024, established state-of- the-art teaching and research labs on the Mason’s Sci-Tech campus, and authored an interim Ph.D. program which is in its final stages of seeking approval from the State Council of Higher Education for Virginia, SCHEV.

A fellow of ASME, Barton is actively involved in academic innovations and program assessment. He chairs ASME’s Committee on Engineering Education, is member of ASME Public Affairs and Outreach Council, and is a member-at-large on the Engineering Accreditation Commission’s Executive Committee of ABET, after having served numerous years as a program evaluator and commissioner. He is a registered engineer licensed to practice engineering in the State of Maryland.