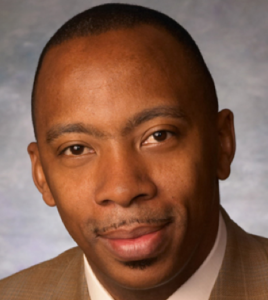 Calvin Mackie was born in Bronx, New York and graduated from McDonogh 35 High School, New Orleans, Louisiana, in 1985. In 1990, Mackie earned a B.S. in Mathematics from Morehouse College and a Bachelor of Mechanical Engineering from Georgia Tech through a dual-degree program. He also completed an M.S. in 1992 and a Ph.D. in 1996, both in Mechanical Engineering from Georgia Tech.

Following graduation, he joined the faculty at Tulane University, where he pursued research related to heat transfer, fluid dynamics, energy efficiency, and renewable energy. In 2002, he was promoted to Associate Professor with tenure. Mackie’s eleven-year academic career ended in June 2007, when Tulane University disbanded the engineering school in response to financial hardship induced by Hurricane Katrina. He enjoyed a respected academic career, before refocusing his career on entrepreneurship, consulting and professional speaking. Mackie founded the personal development and educational consulting firm, Channel ZerO Group, in 1992 and co-founded an alternative energy company, Golden Leaf Energy, in 2009.

He is a member of Phi Beta Kappa, Pi Tau Sigma and Tau Beta Pi National Honor Societies, and a Lifetime Member of the National Society of Black Engineers.

Through his travels and online mentoring presence, Mackie reaches millions of students and professionals annually. In 2009, then Louisiana Governor Bobby Jindal appointed Dr. Mackie to the Louisiana Council on the Social Status of Black Boys and Black Men. The board elected Mackie to chair position where he led the state’s effort to create policy and programs to positively impact the quality of life for black males and families in the state of Louisiana.  Committed to community service, Mackie is an active member of the National Speaker Association and the 100 Black Men of Metro New Orleans.

Dr. Mackie founded STEM NOLA is a non-profit organization founded to expose, inspire and engage communities about the opportunities in Science, Technology, Engineering and Mathematics (STEM). STEM NOLA designs and delivers activities, programs and events that bring inspiration, motivation and training to all STEM stakeholders (especially students) across entire communities. Since December 2013, STEM NOLA has engaged over 11,000 most under-served K-12 New Orleans students in hands-on STEM project-based activities. Over 80% of participants receive free or reduce lunch vouchers and thus free admission, and 45% have been females.