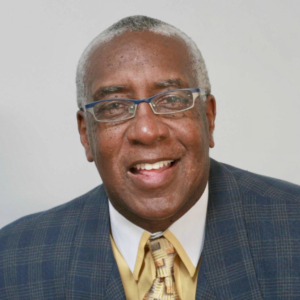 Curtis is also known by his peers and business community in giving of his time and resources to engage and improve the lives of socially economic disadvantage youth a safe haven to learn and excel through sports activities. He serves as an assistant basketball coach and consultant at a top five catholic high school Paul VI in Northern Virginia.

Curtis is a former president of the T. Howard Foundation, a non-profit organization devoted to promoting women and people of color in the satellite and telecommunications industry. He is also Co-Founder and CEO of HBCUGO.tv (Historically Black Colleges and Universities) and former COO, of the Washington Mystics WNBA Basketball franchise.

Curtis was named one of the most 100 influential people in the cable industry in 1998 by Cable Fax Magazine. Symonds served as the Executive Vice President of Affiliate Distribution and Marketing for BET Holdings, Inc. from 1988-2001. During his tenure at BET, Symonds also served as Executive Vice President of BET on Jazz from 1996-2001; President and COO of BET Action Pay Per View from 1992-2001; and President and COO BET International from 1992-2001.

Symonds’ arrival at BET in 1988 facilitated the successful growth of sales revenue, from 4 percent at the beginning of his career to 57 percent, creating the opportunity for the sale of BET to Viacom.

Prior to joining BET, Symonds spent five years (1983-88) at ESPN, Inc., working in the network’s Chicago office. He began as ESPN’s local advertising sales consultant, and within a year he was promoted to

director of affiliate marketing for the Midwest region. In addition, Symonds has also served as system manager for Continental Cablevision of Ohio, Inc.

A board member of the Cable Advertising Bureau and the Cable Academy, he also spent 10 years (1983-1993) on the board of directors for the National Association of Minorities in Communications (NAMIC). Symonds is a recipient of the 1998 National Cable Television Association (NCTA) Vanguard Award for marketing excellence, the highest award for marketing in the cable industry. In 1997, Symonds was presented The Clyde Award for Marketing Excellence from Marketing Opportunities in Black Entertainment, and the Black United Fund’s prestigious “Walter Bremond” – Achieving Against the Odds Award.

A native of Bermuda, West Indies, Symonds is a Central State University (Ohio) graduate. He resides in Fairfax, Virginia, with his wife Pat and their three children.