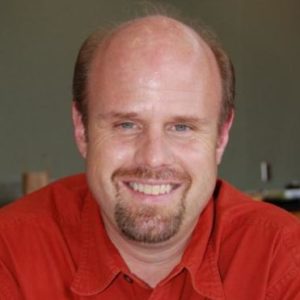 Craig Schroeder grew up on his family’s farm near Holbrook in Southwest Nebraska, and earned a Bachelors degree in Agricultural Economics at the University of Nebraska-Lincoln in 1986. In 1989, after an early career in international Ag trade, Craig and his new bride, Dawn, a Los Angeles native, moved back to his hometown of 223 people and experienced firsthand what it is like for a farm boy to come home and a city girl to move to the country. This decision resulted an 11-year experiment in young adult recruitment and rural revitalization emerging from the eighties Ag Crisis. Craig’s work during this period included the conversion of his former high school into a regional business incubator that has also served as home base for GROW Nebraska for the past two decades.

Craig has committed his career to helping rural communities create more prosperous futures; working as a local economic developer, rural telecommunications policy leader, Executive Director of the Nebraska Rural Development Commission, Senior Fellow with the Center for Rural Entrepreneurship, and President of the Heartland Center for Leadership Development. He has also served on several prominent state and national rural development boards and commissions during his career.

Craig’s work extends across 47 states involving well over 40,000 youth, and in Canada, Australia and Russia, helping community leaders, educators and economic development professionals implement effective youth engagement, workforce development and entrepreneurship strategies. Closer to home, Craig created the Youth Attraction Formula© to help rural communities in the Great Plains set attainable goals for addressing chronic youth out-migration and population loss. In 2007, Craig was a contributing author for a textbook on entrepreneurial development published by Lexington Books. His work has been published in Great Britain as one of five content experts globally for a study by Youth Business International, in Russia for the national Parliament, and in a variety of publications in the United States and internationally. In 2017, Craig was inducted into the Nebraska Entrepreneurship Hall of Fame.