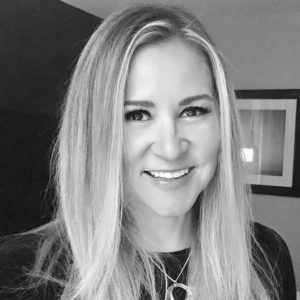 Christina Korp is known as the Astronaut Wrangler – mostly because she was the former manager of Buzz Aldrin. Behind the scenes she created and produced fun, exciting, inspiring, educational and meaningful projects, events, and experiences to promote space and achieving “impossible dreams”.

She grew up in Rapid City, South Dakota as one in a family of 10 kids. The Rasch family is well known in the Black Hills from the band Family Affair, who performed throughout a five State region throughout the 80’s and 90’s. After 10 years Christina left the band to pursue music in Los Angeles where she launched her career as a singer-songwriter signed to Warner Brothers, working with high-profile artists such as Ringo Starr and major Latin artists. She went on to become the Director of Operations for the Tesh Media Group overseeing John Tesh’s internationally syndicated radio show, production company & record label. She was a member of his band and produced two PBS TV concert specials, ten CD projects, three book deals and several successful concert tours.

A veteran of the mainstream entertainment and media industry, she was the Creative Director of all things related to Buzz Aldrin’s brand and used her experience to create and execute global marketing campaigns such as the “Get Your Ass to Mars”(#GYATM), “Destination Mars” and “Generation Mars” product lines, with all proceeds benefitting the ShareSpace Foundation. She conceptualized the Giant Mars Map™ and the Giant Moon Map™, exciting, standards-based interactive educational tools for schools and education centers throughout the world.

She co-produced the Emmy-nominated and Webby-winning “Buzz Aldrin’s Cycling Pathways to Mars” VR Experience with 8i. These campaigns and projects support her belief that the most effective way to reignite worldwide passion for space like during Apollo is to make sure that people know that space is for everyone.

Christina spent 10 years as Manager and Mission Control Director, as well as Vice President of Marketing & Business Development, for Buzz Aldrin Enterprises, Inc., where she managed Buzz Aldrin’s brand and public appearances. She project managed 5 book releases including the NY Times Bestsellers, “Magnificent Desolation” and “No Dream is Too High”.