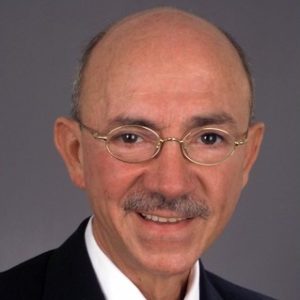 STEM Senior Research Scientist, Carlos Rodriguez, Ph. D., is a nationally recognized expert in STEM (i.e., science, technology, engineering, mathematics) with 35 years of experience in STEM research, education, and workforce development. With particular expertise on diversity in STEM in the K-12, post-secondary and workforce arenas, his seminal work has contributed importantly to the knowledge base on broadening participation in STEM education and workforce pathways, especially for Hispanic Americans, African Americans, Native Americans, and women.

Recently retired, currently he is providing consultant services on STEM education and workforce pathways to the United States Department of Defense through BEST (Building Engineering and Science Talent) and Great Minds in STEM (GMiS) of Los Angeles, California. He recently completed an assignment with the American Petroleum Institute of Washington, DC on educational outreach related to the energy industry. In 1999, he delivered prepared remarks on the Educational Landscape for Hispanics in the United States for the First White House Conference on Hispanic Children and Youth at the White House in Washington, DC. Currently, he also is serving on the Advisory Board to the Computing Alliance for Hispanic Serving Institutions (CAHSI) on a five-year NSF INCLUDES grant.

· Reviewer and Contributor, Postsecondary Education and STEM Employment in the United States: An Analysis of National Trends with a Focus on the Oil and Natural Gas Industry, API, 2017

· Reviewer and Contributor, Minority and Female Employment in the Oil & Gas and Petrochemical Industries report by IHS Global, API, 2014. · Reviewer, API Employment Outlook for African Americans and Latinos in the Upstream Oil and Natural Gas Industry, 2012

· A Field Guide to Student Success in Mathematics and Science: A Sourcebook for Washington State Educators, American Institutes for Research prepared for the Microsoft Corporation, May 2007.

· Creating and Maintaining Excellence: An Evaluation of The Model Institutions for Excellence Program, NSF, 2005.

· Critical Review of Research on Selected Pre-Kindergarten to 12th Grade Science, Technology, Engineering and Math Programs. Research review and protocol design of evidence base for “best practices” in science and mathematics, Project BEST, 2003.

· Closing the Gap Report: Equity 2000, a national transcript analysis prepared for The John D. and Catherine T. MacArthur Foundation and The College Board, December 2002.

· The Practitioner’s Perspective, A critical review of “Science, Mathematics and Engineering: A Study, by E. Smith.” In Access Denied: Race, Ethnicity and the Scientific Enterprise, Oxford Press, 1999.

He received his Ph.D. in Higher Education from the University of Arizona, a Master’s degree in Bicultural and Bilingual Studies from the University of Texas at San Antonio and a Bachelor of Arts degree from St. Edward’s University, Austin, Texas. He is a Spencer Fellow of the Woodrow Wilson Foundation for his national study, Patterns for Success: Minorities in Science and Engineering.