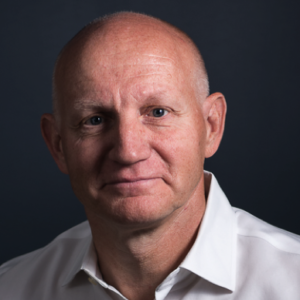 Carlo was born in Belgium and is a first-generation American Citizen. He holds two law degrees (a J.D. from Belgium and a LL.M from Germany) and is proficient in six languages, including Spanish. After completing an intensive four-year training program in emotional intelligence coaching, Carlo taught leadership and emotional intelligence skills to business leaders in Europe and the United States for many years. In 2001, he co-founded the, Denver based educational nonprofit, YESS Institute in order to bring the benefits of emotional intelligence skills to at-risk youth, role models and the agencies that serve youth. YESS has facilitated over 50 peer mentoring programs since 2003 and currently serves 750 students daily. As the YESS Institute’s co-founder, Carlo has trained over 4,000 youth and role models at national, regional, and local conferences and workshops, including at MENTOR’s National Mentoring Symposium in DC. Since 2006, he has been an active member of the Denver Youth Mentoring Collaborative’s (YMC) training committee and co-chaired the YMC in 2009-10. He has been one of the key leaders in the creation of the Mentor Colorado. Carlo has served on both The Denver Foundation’s Inclusiveness Committee (2009-2015) and The Denver Foundation’s Education Committee (2012-2014). In partnership with the Denver Office of the Independent Monitor, Carlo is one of lead curriculum developers of the Forums: “Youth Outreach Project – Bridging the Gap: Cops and Kids”. Carlo is the author of the audio course and ebook:“The 9 Key Components of Peer Mentoring.” He received the 2011 “Heavy Lifting Award” from the Denver Mayor’s Office for Education and Children for his efforts to improve the lives of youth in Denver. In addition, Carlo accepted the 2016 My Brother’s Keeper Award from Mayor Michael Hancock and the City and County of Denver for work with young men of color on behalf of the YESS Institute. Carlo lives in Denver with his wife, two sons and their Wheaten Terrier. In his free time he enjoys cycling over and across the Colorado Rockies.