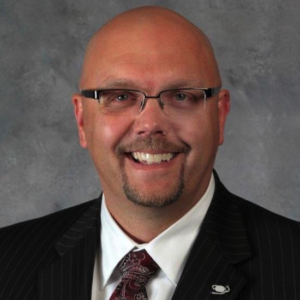 Prior to starting his position as an Elementary Education Specialist at the Space Foundation in 2006, DeBates taught 5th grade at Timberwilde Elementary in San Antonio, Texas, and Title I math and reading at Ipswich Elementary in Ipswich, South Dakota.

DeBates has been honored for his contributions to education through numerous awards, including being named the 2018 recipient of the Millicent M. Atkins School of Education Distinguished Alumnus Award by Northern State University, Aberdeen, South Dakota, and the 2014 recipient of the prestigious Frank J. Malina Astronautics Medal, presented by the International Astronautical Federation. Other recognitions include:

DeBates earned a Bachelor’s degree in elementary education from Northern State University, Aberdeen, South Dakota, and was selected as an Academic All-American football player in 1992. In 2006, he earned a Master’s in Education degree, with an emphasis in space science education leadership, from Regis University, Denver, Colorado.