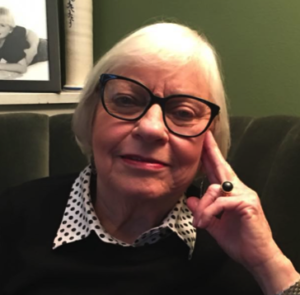 For 58 years Bertie Simmons, Ed.D. was a dedicated educator in the Houston Independent School District (HISD). The first of Simmons’ seemingly countless honors came in 1965, when she was named the HISD Teacher of the Year. During her career in HISD, she served as Assistant Superintendent, District Superintendent, Associate Superintendent, and Executive Director. After retiring in 1995, she returned to the district in 2000 to serve as the principal of Furr High School for 18 years. She is widely regarded for being instrumental in the effort to revitalize the school and create transformational opportunities for some of Houston’s most disadvantaged students. Furr was one of only three schools in the nation identified to receive the College Board Inspiration Award in 2011. During her tenure at Furr she received notable professional recognitions that include HEB’s Best High School Principal in Texas award in 2011 and KHOU’s Schools Now Spirit of Texas award.

Known as a visionary and a change agent who can bring out the best in her students, the high-energy educator arrived at Furr High School at 6:30 a.m. each school day. She maintained that upbeat and infectious attitude to reach and inspire her teachers and students with her passion, knowledge, dedication, and maybe even the occasional rap song or two. Dr. Simmons has recently completed her memoirs, Whispers of Hope, to be published in the near future.

As evidence of Simmons’ indelible impact on the high school during her 18-year tenure, education advocate and philanthropist Laurene Powell Jobs, wife of the late Apple, Inc. CEO Steve Jobs, recognized Furr High School in 2016 as a recipient of a $10 million grant through the XQ Super School Project. Simmons’ school was one of 10 selected from nearly 700 schools nationwide for “reimagining high school education.”