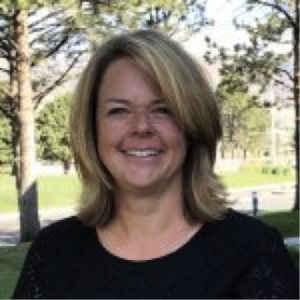 Prior to starting her position at the Space Foundation in 2018, Peck was a science teacher for students attending American Academy charter school. In 2014, she founded and became the Head of School for Vertical Skills Academy, a private school serving dyslexic students through hands-on STEM and reading engagement. She was also a member of the Colorado Department of Education focus group for dyslexia instruction and best practices.

Her degrees and certifications include her Colorado Principal license and her Colorado and New Mexico teaching licensure with endorsements in special education and secondary science, as well as being a certified Orton Gillingham therapist. Peck has been honored for her achievements in education through numerous awards, including selection as a Space Foundation Teacher Liaison in 2008. Other awards and trainings include the Douglas County Apple Award Nominee, member of Pi Nu Chapter of Kappa Delta Pi, FIRST Lego League and Robofest Robotics team leader and facilitator. She attended Carnegie Mellon’s National Robotics Conference and coursework, NEED training, Solidworks and STK training.